The EPA Isn’t Protecting You.

More than 60,000 chemicals are used in the United States. Over 2,100 documented chemicals have been found in tap water. And many of these cause serious health issues. Amazingly, the EPA’s Safe Water Drinking Act only regulates 91 of them. Nothing has been added to that list since 2000. Government oversight on drinking-water pollution has decreased as pollution has increased.

Shockingly, even well-documented cancer-causing chemicals such as chromium VI (hexavalent chromium is the “villain” chemical in the movie Erin Brockovich), are not on the EPA regulated list. The watch-dog Environmental Working Group tested for chromium VI across the United States. It was detected in 31 of the 35 cities sampled!

Back in 2010, the EPA’s own administrator, Lisa Jackson stated that “regulations have not kept pace with scientific discoveries”. The reality is that the EPA does not have the resources or the money to regulate drinking water better.

Your Local Provider Isn’t Protecting You.

Regardless of where you live, it is safe to say your water provider doesn’t have the resources in technology, manpower or money to handle the range of issues it faces. The New York Times reported back in 2009 that 40% of the nation’s community water systems regularly violate the EPA’s Safe Drinking Water Act.

Consider another well-known carcinogen: arsenic. In 2000, the Natural Resources Defense Council estimated that due to violations, 56 million Americans (across 25 states) drink water with unsafe levels of arsenic2. Arsenic is extremely difficult to remove from water and is a deadly toxin.

More scary chemicals, pharmaceuticals recycled into our water, system failures and water boil alerts etc. are all symptomatic of failed safeguards — both at the macro level of the EPA and the local level of community providers. Sadly, it seems that it will never get better. Only worse. The impacts are profound. Just ask the good folks of Flint. 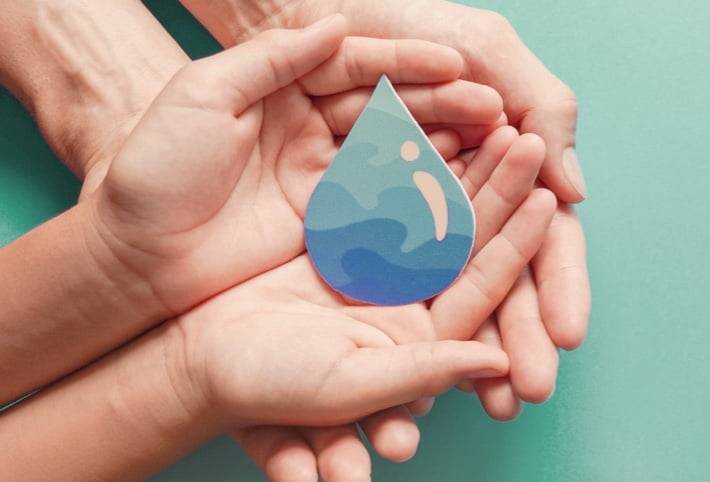 Fact: Bottled water isn’t regulated — unless it crosses state lines. So big producers bottle locally. The result is that it isn’t always clean. In fact, the opposite is often true. A 2008 Environmental Working Group study revealed that 38 contaminants were found in 10 popular brands of bottled water. Each bottle sampled contained an average of eight chemicals, including among others: nitrates, industrial chemicals, arsenic and bacteria3. Not good.

The PET plastic most often used to make water bottles contains a variety of chemicals that can leach out such as cancer-causing PFOAs, flame retardant chemicals (PBDEs), reproductive toxins known as phthalates, and of course BPA, which disrupts the endocrine system. With ever-growing awareness about the environmental train wreck caused by bottled water, you’d think things would be improving. Right? Wrong. Bottled water consumption is at an all-time high and growing each year.

Bottled water is expensive — always costing far more per gallon than even gas. One premium brand is up to almost 2,000 times more expensive than tap water. Bottled water is possibly one of the greatest scams of the modern era. It is certainly not the answer 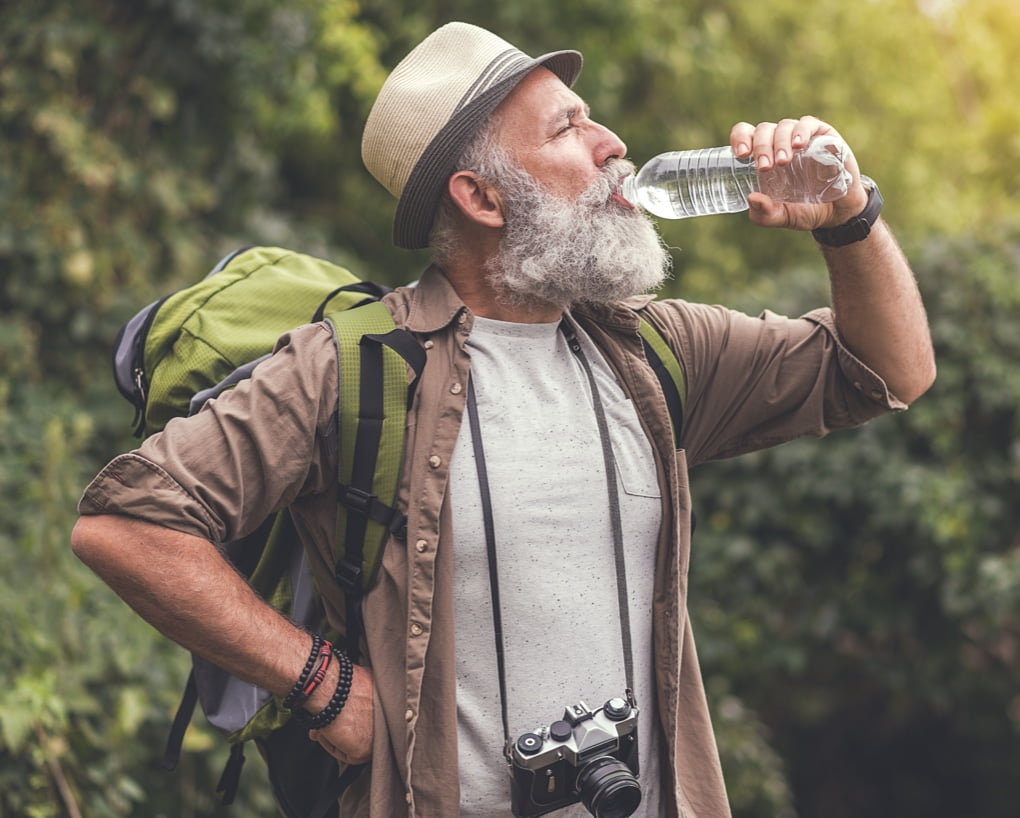 Your Filter Isn’t Either

The popular Brita pitcher helped put chlorine awareness and consumer aversion of it on the map. But did you know that Brita doesn’t completely remove anything — even chlorine — from tap water? It reduces a few things. Remove? No. The Brita filter is designed to make your water taste good. The reality with a pitcher-style filter is that you get a great tasting water that could also be a potential chemical cocktail.

Brita is an example of a carbon filter. Carbon filters are most often made of granulated activated carbon or GAC. It is the most popular filtration media because it is cheap and widely available. It is not the most effective. Carbon filters will reduce some organic compounds that make water taste and smell bad according to a North Carolina State University study. However, they do not filter out the majority of contaminants including heavy metals, industrial chemicals, pharmaceuticals and others. There are other more sophisticated filtration medias available. These offer some narrowly specific benefits, but limited broad contaminant reduction.

To be fair, filtered water is better than unfiltered water. However, we think traditional filtration products aren’t the best answer.

No way! Purification, mostly reverse osmosis, is good and bad. It’s good at removing contaminants. It’s bad because it is indiscriminate in what it removes, meaning it also removes the good things. Naturally occurring minerals help balance the water, give it unique taste, add conductivity and help our bodies in numerous ways. Purification removes these essential alkaline minerals leaving the water acidic and harder to absorb. Purification often wastes up to six gallons or more for every gallon of drinking water produced. So, purified water is contaminant free; however, it isn't a sustainable answer for a variety of reasons.

We think the ultimate answer is UltraWater™. It is the only water ionizer filter we know of that is independently and rigorously tested against 249 contaminants — reducing virtually all of them to 99.9%, including the toughest things like chromium VI, arsenic, heavy metals, pharmaceuticals and more. And, it is available in a range of products spanning various price points.

So What Are You Waiting For?

Find the UltraWater product that is right for you today and start drinking the cleanest, healthiest water available. 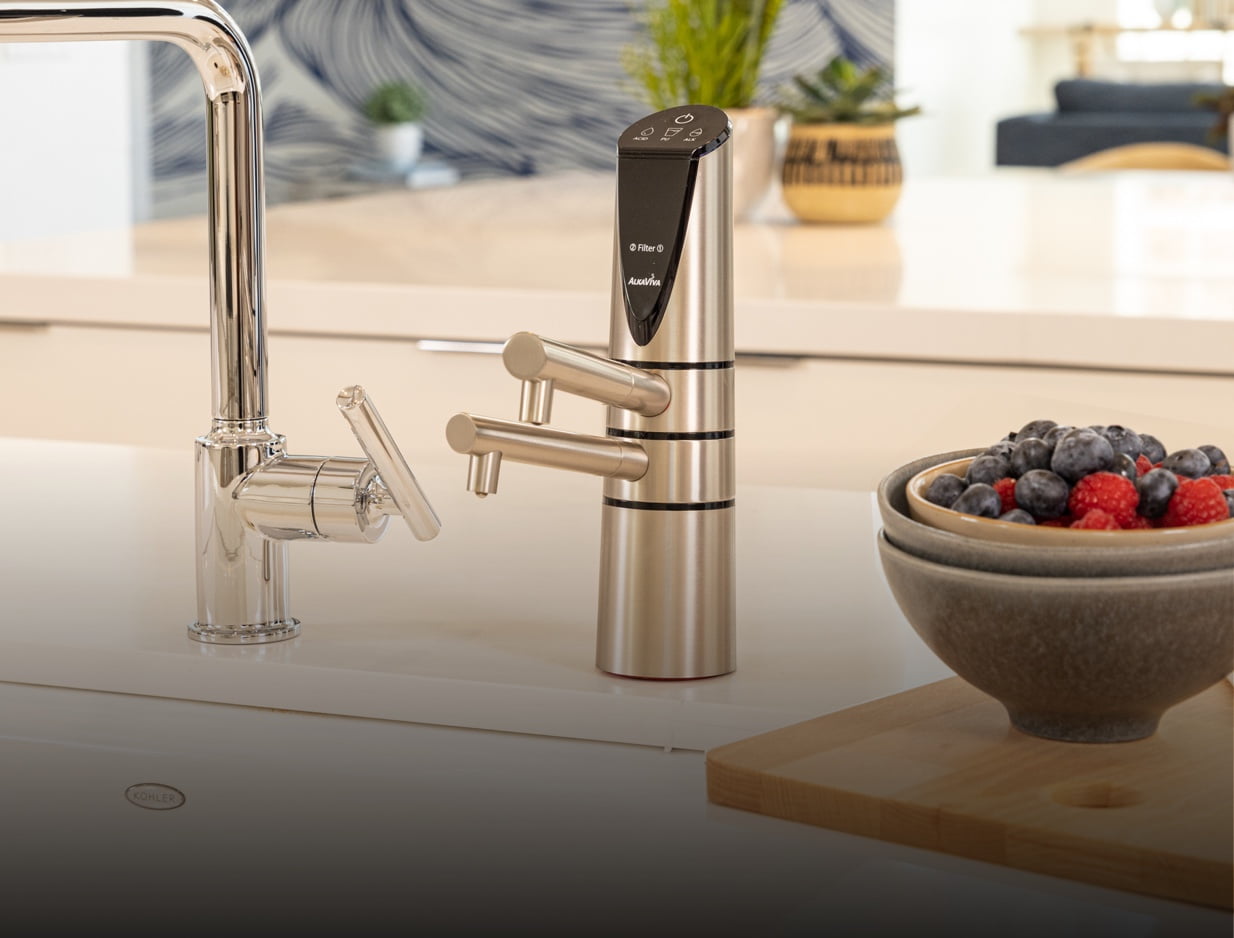 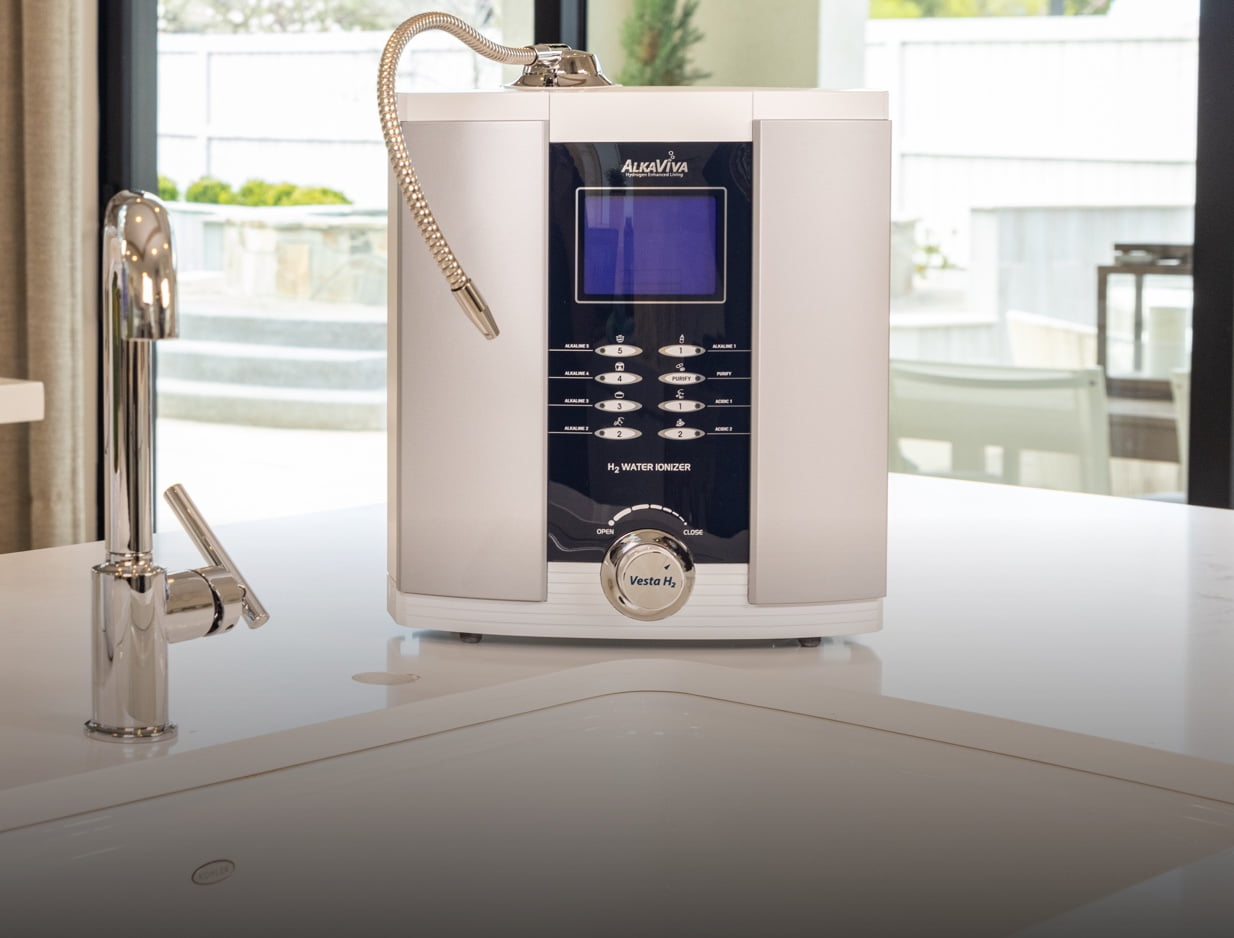